I took the tram from the hotel to the Zurich main train station...8 stops away.

I alighted, crossed the busy street and I saw this beautiful fountain with its water frozen. 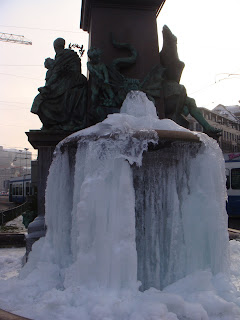 I met Kate here and we headed to Lucerne, our first stop.

Lucerne is the most populous city in Central Switzerland and focal point of the region, with a population of 57,890, . The city's agglomeration consists of 17 municipalities in three cantons with an overall population of nearly 200,000.

Due to its location on the shore of Lake Lucerne (Vierwaldstättersee) within sight of Mount Pilatus and Rigi in the Swiss Alps, Lucerne is traditionally considered first and foremost as a tourist destination.

The most famous tourist spot is the Chapel Bridge (Kapellbrücke), a 204 m (670 ft) long wooden bridge originally built in 1333, although much of it had to be replaced after a fire on August 18, 1993, allegedly caused by a cigarette that was thrown away.

Chapel Bridge is easily accessible from the train station. It is situated just right in front of it, so once you step out from the station just cross the street and walk towards the river. 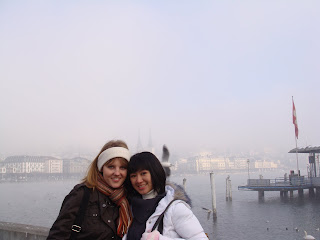 Cross the street....see the river? 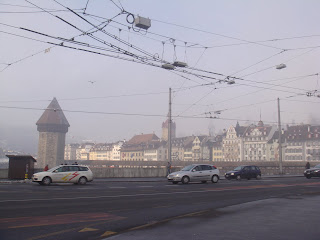 That's the wide street with Chapel Bridge behind it... 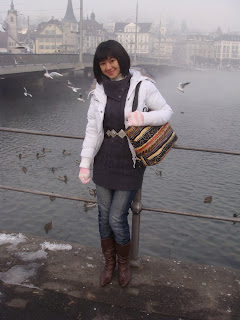 Plenty of birds and swans.... 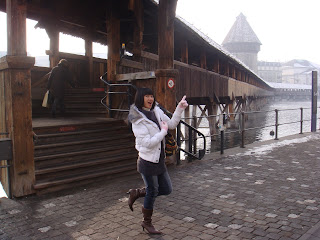 In front of Chapel Bridge...awww 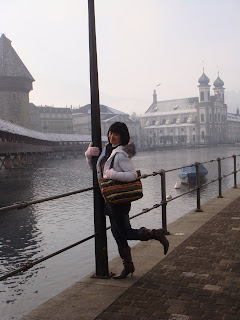 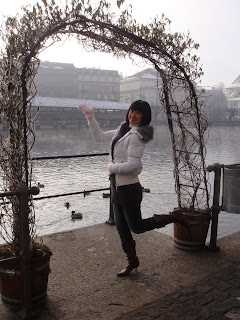 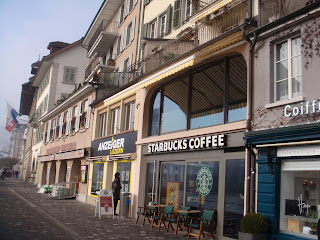 Shops along the river :) 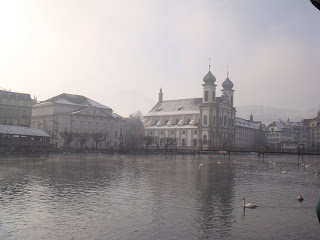 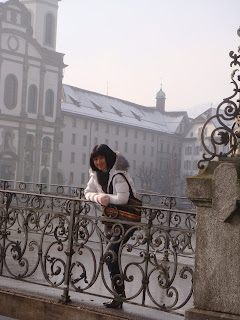 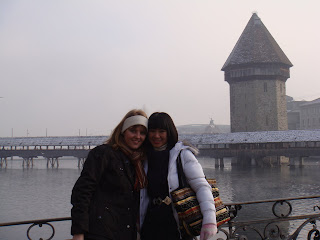 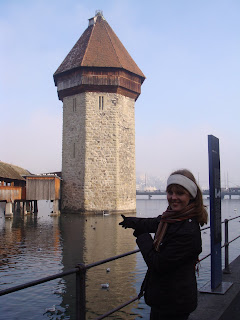 Later on, we walked along the river. You can see the Alps from here...oh my!! 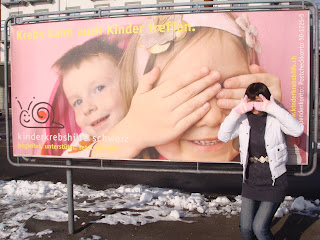 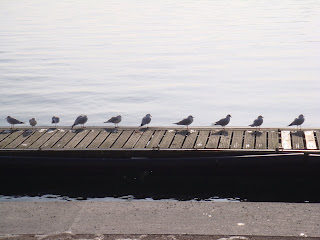 Even the birds know how to queue.... 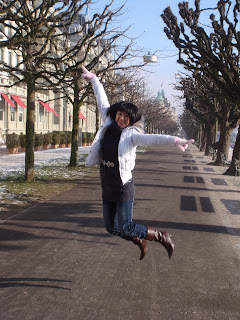 It's incomplete without the jumping pose ^^ 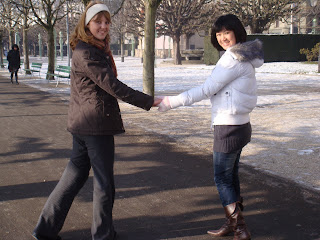 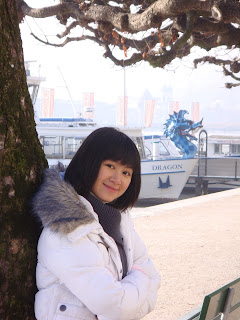 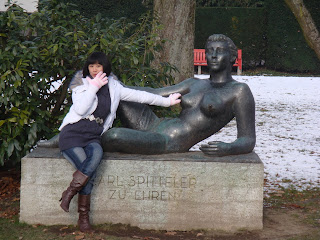 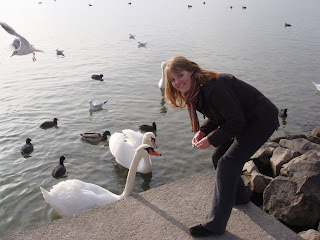