#1 day - Wagha Border and Golden Temple (Amritsar, India)
Wagha Border is the road border crossing between Lahore, Pakistan and Amritsar, India. After the partition in 1947, the village was divided into two, with the eastern half remains in India and the other half in Pakistan.

The trip from our hotel to the Wagha Border took around 30 mins (40km). Along the street, we could see many street peddlers, old rundown buildings and even pigs and cows ;)
As we drove further away from the town centre, the Basmati rice fields span across both sides of the road, truly reminded me of Indonesia. Well, the traffic here is definitely more chaotic, with vehicles honking each other and 'every time they see human'. Interesting... but I am worried about my ears *haha

We were given seats at the VIP section *yeay* together with the other foreigners and guests. We were there early, so we could experience how both sides tried to showcase their spirits. Dancing, flag-waving, cheering, chanting, clapping and many more. The spirit and enthusiasm was superb! One side was shouting Hindustan, and the other was cheering Pakistan. Too bad I do not understand what they were saying, otherwise the feel would definitely be greater.

When the ceremony started, the guards marched with full force and energy. It may seem slightly agressive to foreigners with the feet stomping and defensive action, but it really is just an entertainment show for both sides. At the end of the ceremony, flags from both nations were lowered and kept safely. 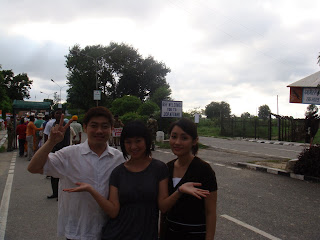 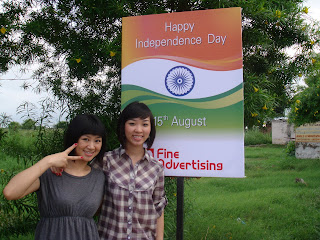 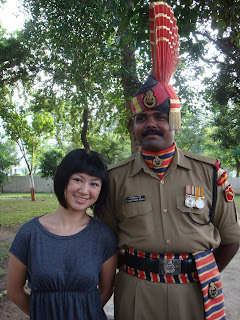 The guard in full uniform :) 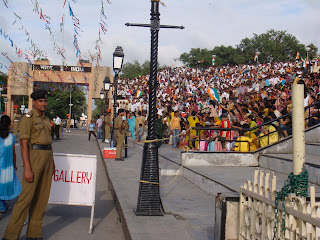 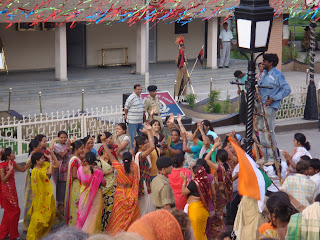 Women were dancing happily before the ceremony started 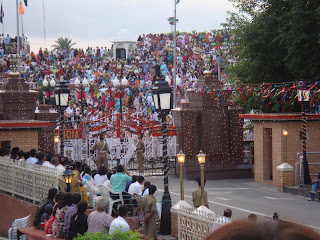 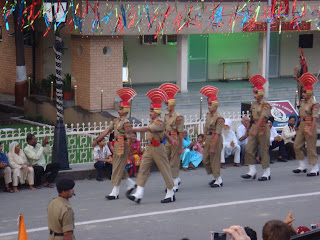 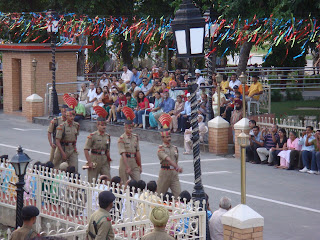 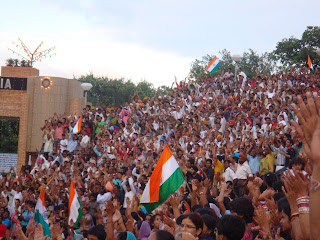 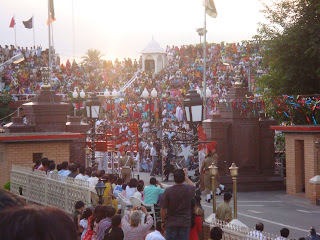 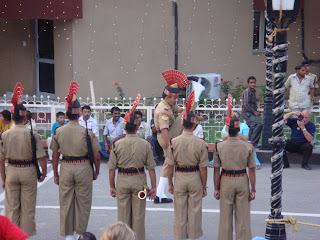 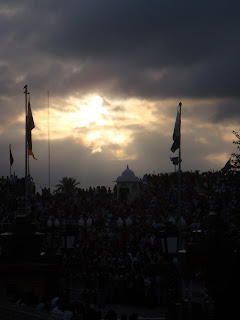 Flags of the 2 nations

Next stop was Golden Temple (A Temple of God), a must visit place in Amritsar. It is the most significant shrine for the Sikhs and one of the oldest Sikh gurudwara. There are four entrances to the temple; signifying openness and acceptance to welcome everyone. This concept is followed by all Sikh temples all over the world. 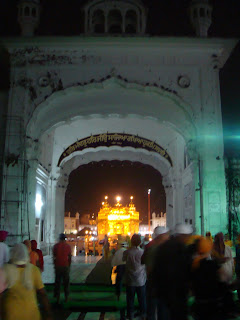 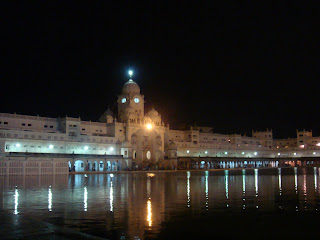 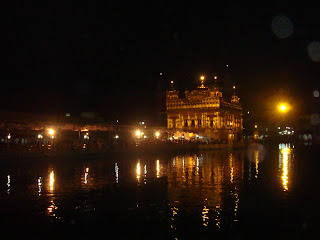 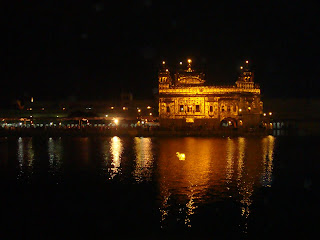 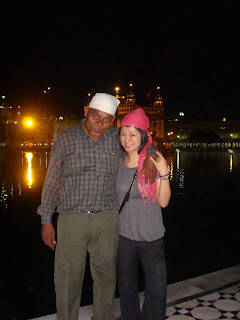 The kind soul who drove us around :) 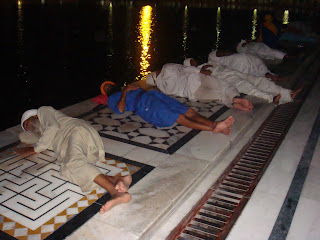 Many slept on the floor next to the 'lake' 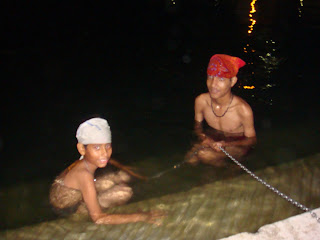 Many volunteers helped in cooking food to be distributed to the poor and visitors. 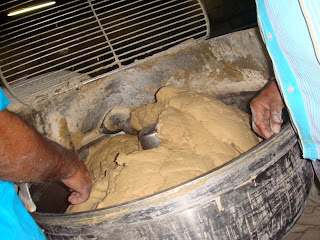 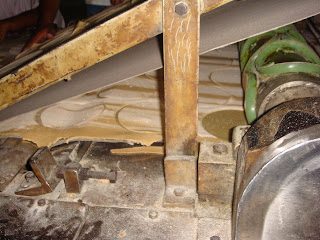 Producing chapati for the mass 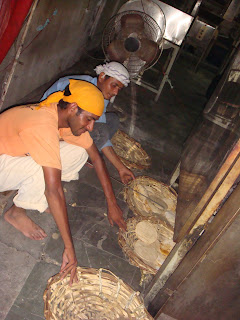 If I'm not mistaken... 10K of chapati are produced each hour 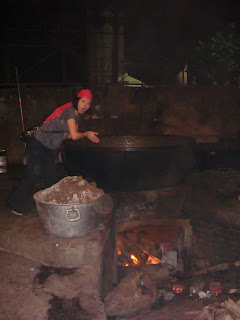 The huge vegetable pot where they cook... OH MY! 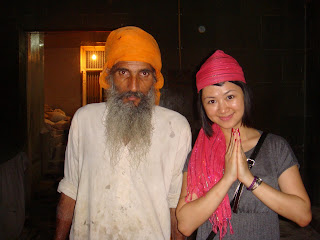 Next... a trip to Dharamsala, India (tip: Dalai Lama's residence)