Back to the Roman

Man.... our flight was delayed for 3 hours. We were wary and so do the passengers. But hey... what can I do except to make their journey as pleasant as possible?

We were supposed to arrive at 7am, but eventually we reached the hotel around 11am. Tired? definitely. But this did not hinder us from venturing the city as soon as possible.

Our day 1 was filled with lunch in the city (shuttle bus at 12.45noon). Hm... not a good lunch tho -__-'' I was so-called the guide for the crew as many of them were first-timer in Rome and hey.. I just visited it in February. We went to Arco di Tito, Colosseum and Vatican City on Day 1. 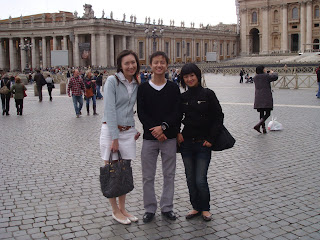 Before the flight, I planned to venture out of Rome and so I digged out some research. Florence? hm... a bit too far. Tivoli? Sounds great!!

So, Cher Wei was my very first company. He agreed to go out of Rome, and so we did a little extra research. How to get there? Take the subway/Metro to Ponte Mammolo (blue line, rowards Rebibbia). Take the cotral bus from the station after buying the ticket at the counter or tobacconist. Ask the driver for where to stop as Villa Adriana is also a whole small town *hehe. The bus takes around 40mins from Ponte Mammolo station.

The hotel actually has a tour package to Tivoli too. It costs 56euro (incl Villa Adriana and Villa d'Este). Hahaha... how much did we spend?
subway: 1euro
cotral bus: 4euro for return tix
entrance to Villa Adriana: 6.5euro (same price for Villa d'Este)

A nice lady helped showing us the way to the place. She even invited us to go to her house should we need anything :)

Hadrian's villa was a complex of over 30 buildings, covering an area of at least 1 square kilometre (c. 250 acres) of which much is still unexcavated. The villa was the greatest Roman example of an Alexandrian garden, recreating a sacred landscape. The complex included palaces, several thermae, theatre, temples, libraries, state rooms and quarters for courtiers, praetorians and slaves. The Villa shows echoes of many different architectural orders, mostly Greek and Egyptian.

Hadrian's Villa is a UNESCO World Heritage Site and important cultural and archaeological site. It is also a major tourist destination along with the nearby Villa d'Este and the town of Tivoli. The Academy of the villa was placed on the 100 Most Endangered Sites 2006 list of the World Monuments Watch because of the rapid deterioration of the ruins.
- Copied from Wikipedia 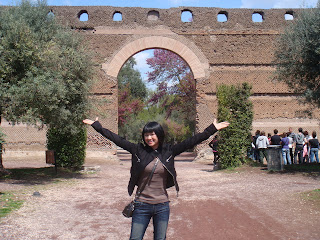 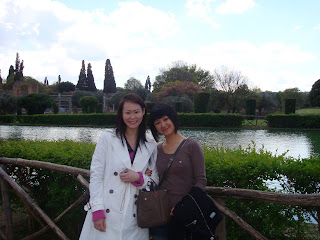 With my gorgeous and nice Leading Stewardess :) 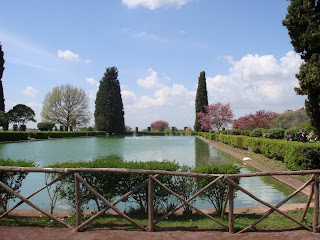 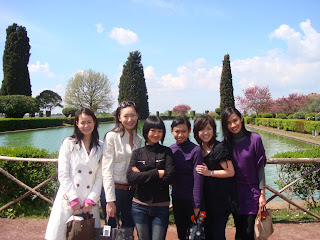 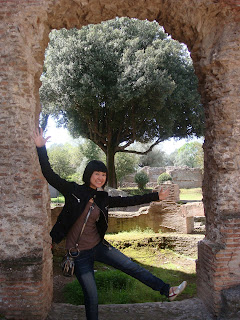 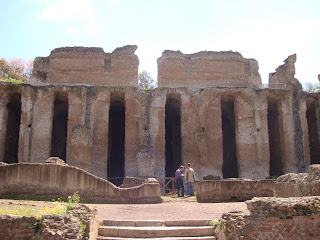 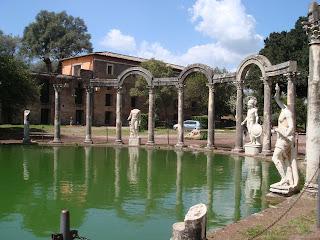 It's just a small part of Villa Adrian 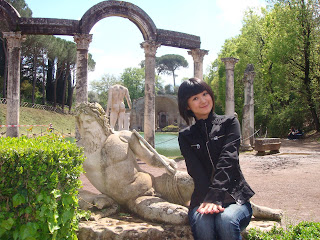 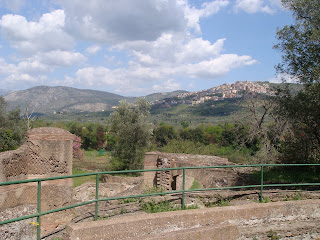 The scenic view from Villa Adrian 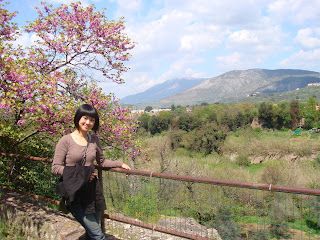 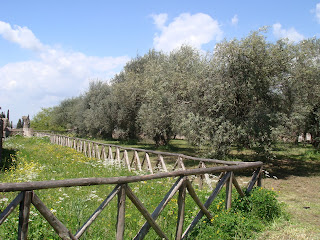 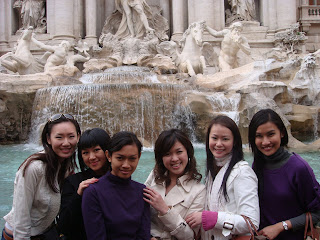 At Trevi Fountain... wishin upon 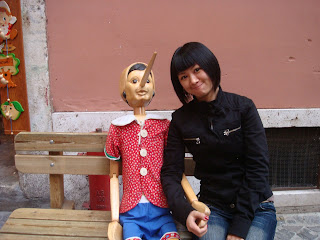 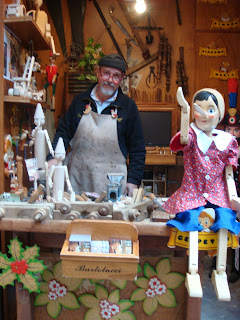 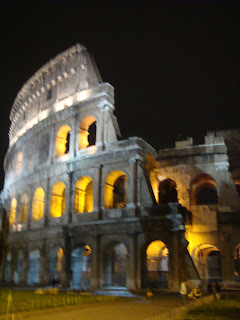 Colosseum at night... much nicer and sophisticated than in the day 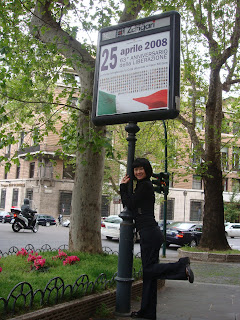 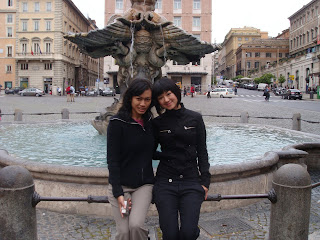 At Piazza Barberini with Diah 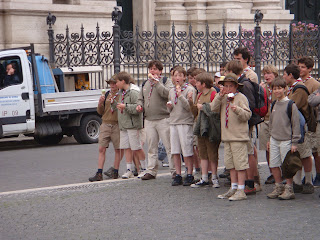 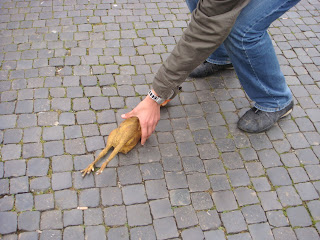 Dead chix on the street??
nah...dat's just a dummie 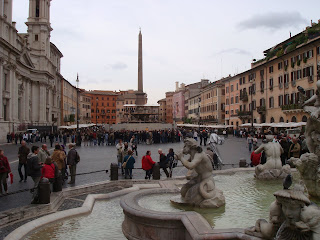 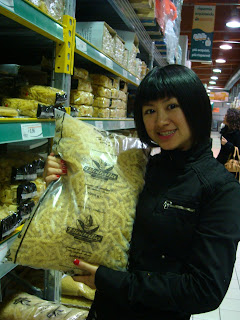 Die die must take pic with the 5-kg pasta...muahaha 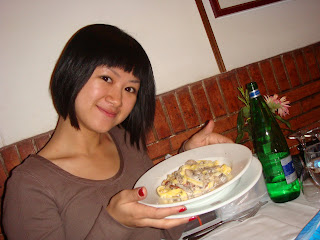 Finally...some decent meal for the trip 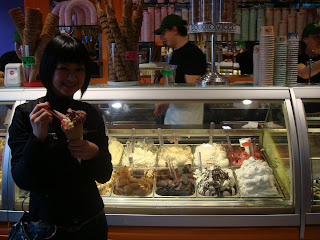 Gelato is a MUST 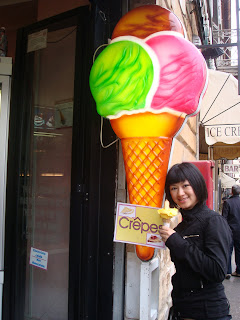 Another mango gelato before I left *hiks hiks
See you again! Ciao...

Labels: AdVentUre, ArOund The WoRld