rome isn't built in a day

I have had enough of pasta and pizza!

At least for now.

But they are unavoidable when you are in their country of origin, don't you think so?

So.... Italian pizza, pasta and gelato are a MUST when we were in Rome :) 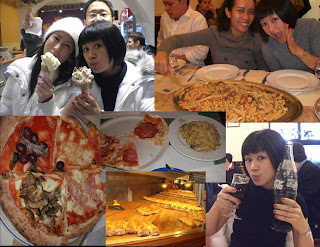 And all of them come in big sizes!!

Day 1
We reached the hotel at around 8am. Having young blood, we decided to take the earliest shuttle bus to the city at 10am. No rest...no sleep...no breakfast. Just washed-up and got ready to depart.
Ultimately, although we had our super early breakfast on board, we were just hungry little ghosts. But we were competing with time as we planned to meet the other crew for lunch at 1.30pm.
The shuttle bus dropped us somewhere nearby Piazza Venezia.
Piazza Venezia
- Beset on all sides by roads, the square is heavily congested with traffic
- In the background, the Altare della Patria is dedicated to King Vittorio Emanuele. Romans refer to it as the 'wedding cake' or the 'typewriter' because of its shape and design 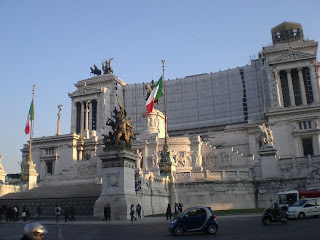 We did not spend any time to explore this piazza. We just rushed to our main destination.

Welcome you... the famous Colosseum!

Colosseum
- Built during the Flavi family reign, also called Anfiteatro Flavio.
- A vast amphitheatre with seating for over 55,000 that was designed as a horse racing circuit or an arena for animal fighting and gladitorial battles
- There is a saying in Rome: "If the Colosseum stands, Rome stands; if Rome stands, the world stands." 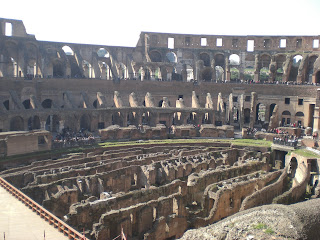 The battlefield (cavea) in under restoration (left bottom of the pic) and underneath was used to keep the animals. They used a pull-ey system (like an elevator) to bring up the animal to the arena 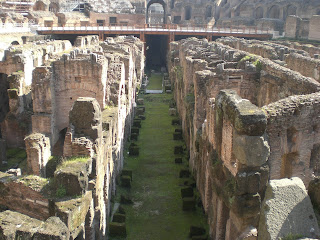 Underneath the arena (see this in JUMPER, the movie!)
Colosseum was closed for 3 days to accommodate the shooting of Jumper *cool 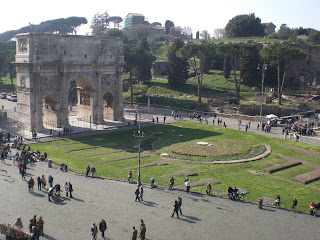 The Arch of Constantine and Titus
- next to the Colosseum 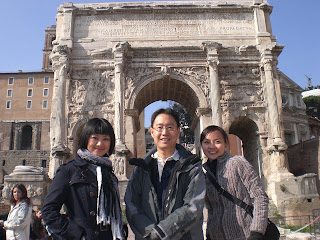 THE RUINS... Areo di Tito
just like a lost city

We tried to cut short our way back to the drop-off point by passing Areo di Tito. After some confusion, we managed to get our way through and reach just in time :)

And so we walked for around 20mins to an Italian restaurant recommended by Jeremy.

Piazza di Spagna (The Spanish Steps) and Trinità dei Monti
- An incredible, almost theatrical square with the lovely Spanish steps leading up to the Chiesa di Trinità dei Monti
- One of the most important fashion shows is held here, the steps being used as a catwalk. It is now an international meeting point
- The fountain known as the 'Barcaccia' (boat) was commissioned by Urbano Barberini to commemorate the alliance made with the King of France, whose coat of arms can be seen on Trinità dei Monti
- The square leads into several famous streets with their luxurious boutiques and antique shops 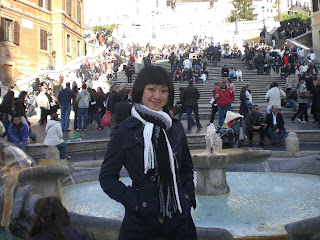 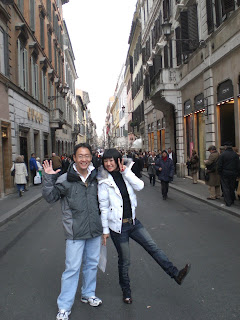 Fontana di Trevi (Trevi Fountain)
- Designed by Nicola Salvi for Pope Clemente XII, it was completed in the second half of the 1700s
- The statues in the centre represent Neptune supported by Tritons on either side while rococo-style Poli Palace provides the perfect backdrop.
- Tradition has it that throwing a coin over your left shoulder into the fountain guarantees a swift return to Rome 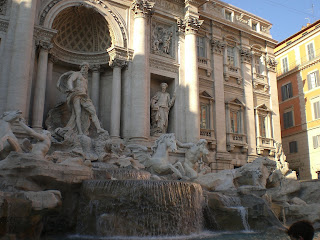 Day 2
Equipped with just a map, Terence and I went sight-seeing around the city. I have to say we're proud of our achievement. We found some places which are not even reflected in the map and can safely say that we conquer the centra area. 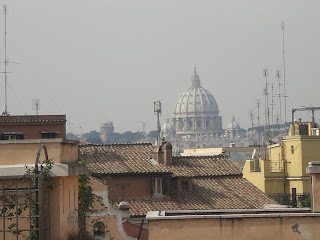 Barberini Square and Fountain of Triton
- Built by Barberini family 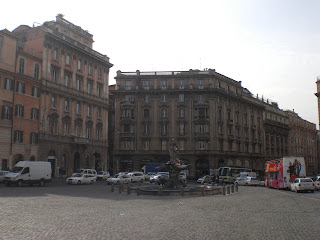 Via Veneto
- The symbol of Roman dolce vita or sweet life, which characterized the city in 1960s thanks to the street's famous luxury hotels and historical cafes


The Pantheon
- Commissioned by Marcus Agrippa, restored by Domitian, and subsequently rebuilt by Hadrian (who added the dome), The Pantheon was turned into a church in the early 7th century by Pope Boniface IV
- The building's sole source of light is the opening at the dome's apex (the oculus)
- Many famous Italians are buried in the Pantheon, including Renaissance painter Raphael and King Vittorio Emannuel 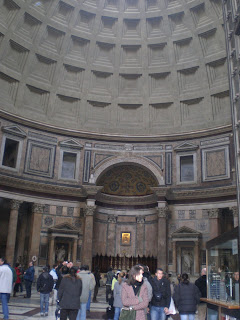 Piazza Navona
- The Fountain of the Rivers, with the obelisk, and the Fountain of the Moor, with the god of the sea, at the centre of the square, are both by Bernini
- You may find many street artists (they accept credit card) and musicians around the piazza 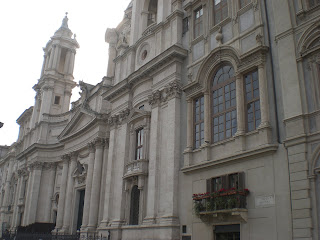 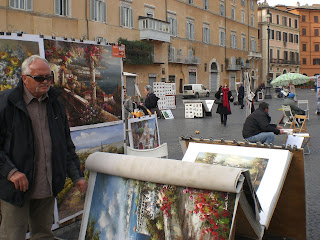 Look at the paintings....gorgeous!
Day 3 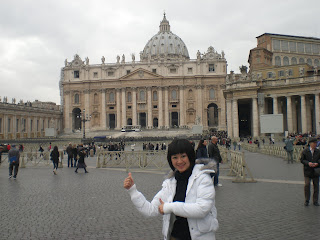 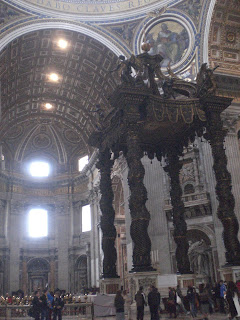 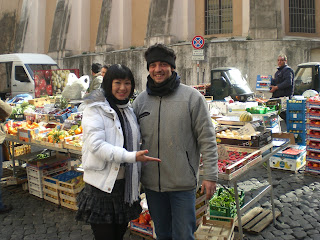 With a friendly Italian street-market keeper :) 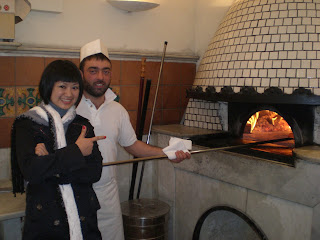 Labels: ArOund The WoRld, HaPpiNesS