Hahaha...finally, a new country to add to my list and the first new country for this year *yeah yeah...throwing confetti :)

It was a great stand-by called up. Means that I was on stand-by status, they can call me up to do any flights on that particular time. The last few times I was given turnaround flights. Meaning that we fly to a nearby country (like Indonesia, Malaysia, Thailand, etc) and come back on the same day. Usually we transit for an hour before we depart back to Singapore. In this an hour, we prepare for the next flights.... the meal, drinks, newspaper, magazine, headset, toiletries, etc. So I was really really glad when they gave me Dubai *hahaha. Apparently, as I found out later, a crew reported sick due to food poisoning in Dubai, so I flew there as a passenger and operated as a crew on my way back to Singapore. We call this 'paxing' *a new term to learn.

I love paxing....coz we actually receive about the same allowance, but just half of the working hours allowance. But hey.... I do not have to work, I am given food on board, I can watch movie, read magazine, play games, etc. Love it!!

But you know what...something happened in Dubai (GMT+4, 4 hours behind Singapore).
01.15am: Touched-down in Dubai International Airport.
02.37am: Finally left the airport for the hotel.
02.50am: Reached the hotel.
I was supposed to check on my 'crew team' with whom I would be flying back with. The hotel staff couldnt find them *I was worried here. So, I decided to take my room key first. Arghhhh to my surprise, my name was not in the list. they did not reserve a room for me at all. They missed my name coz usually there are only 15 crew *I was an extra in this case.

Hohoho....I was like: owkay...so where should I sleep then???
The hotel tried to check with another hotel..it was FULLY-booked too. Oh Bozhe Moi!!!

My big supervisor fortunately assisted me throughout the process, he was really nice and calm. He accompanied me while the hotel tried to make arrangements. After some time... calling here and there, the hotel managed to get a room at the Intercontinental Hotel which is further away from this hotel. And I was to stay there alone by myself. How scary it was!

It's alright then. The driver drove me there and on our way he mentioned he doesn't really know where the hotel is. I was ..."OH MY, don't kid me. This is not funny at all." I was just too tired to play with him. We reached the hotel...and guess what?? It took me 30mins to confirm my room. When I checked with the staff *again, after waiting for quite some time under their slow service and lack of efficiency*, he told me that he was still on the phone with the booker to reserve my room. OH MAN...... I just couldn't believe it.

In the end, I slept at 5am (Spore time: 9am) and woke up at 8am. Jet lag jet lag...stoopid jet lag. But the hotel was really really awesome!!! The best hotel I've seen thus far...WOW WOW WOW!! What an experience.... -___-'' I was so worried and frustrated over the whole thing. Thank goodness the hotel was superb and I can have breakfast for free hehehe.

What blessings in disguise! 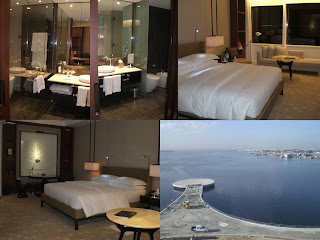 Well, being awake at 8am was not my intention. So, I washed up and then went down for a breakfast. From bakery products, meat, noodles, dimsum to sushi... yummy... I had them all!!

Later, I took a cab down to the crew's hotel and went to Jumeirah beach with another 2 stewardess. In Dubai, it is like highway everywhere. So, where ever you go... they have to make a big loop at the highway... dang!! Wasting fuel and money and time. 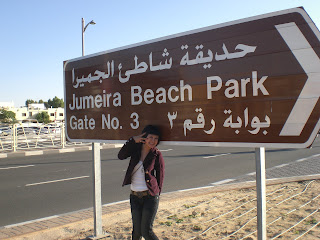 The three of us had a fabulous time together. It was so fun coz we can act the way we are. We sang, danced, joked around and took many pics :) Love it. We purposely went to the Burj Al Arab hotel to take pics too. Have you received any email on this hotel before? It is all gold inside. But we couldnt get in coz we're not their guests, so we were pretty happy with just taking pics outside. 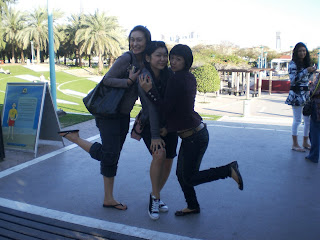 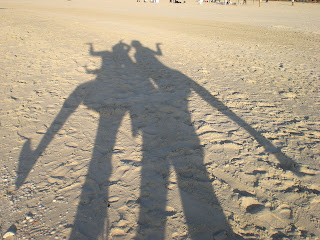 The shadow of three spider women! 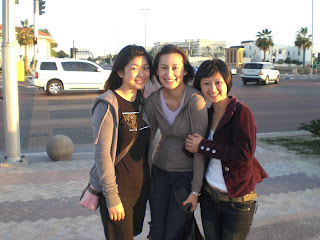 On our way to Burj Al Arab.
We thought it's pretty near... apparently it's NOT 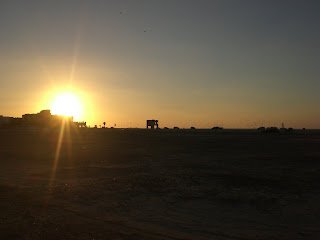 Random shot on our way 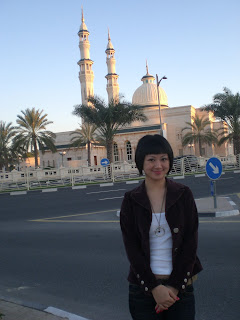 Another shot
and FINALLY.... 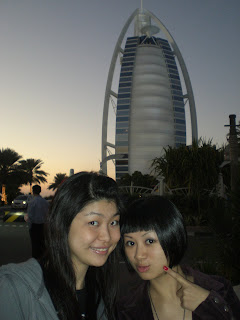 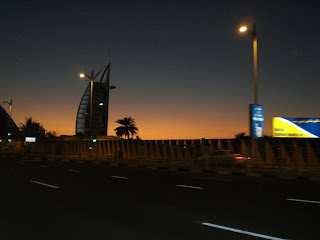 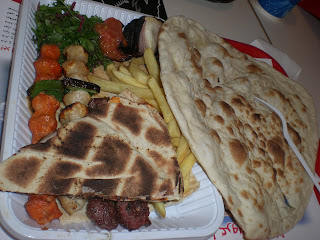 Starving... and Lebanese mixed kebab became my choice of dinner 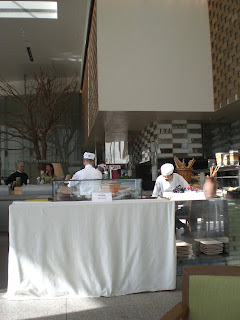 Just a small part of ANISE, my breakfast place
and presenting.... 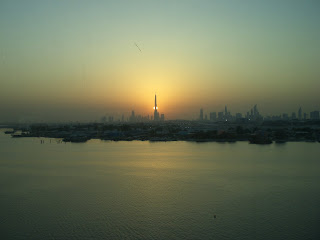 The view from my room, just before I checked out (5.45pm)